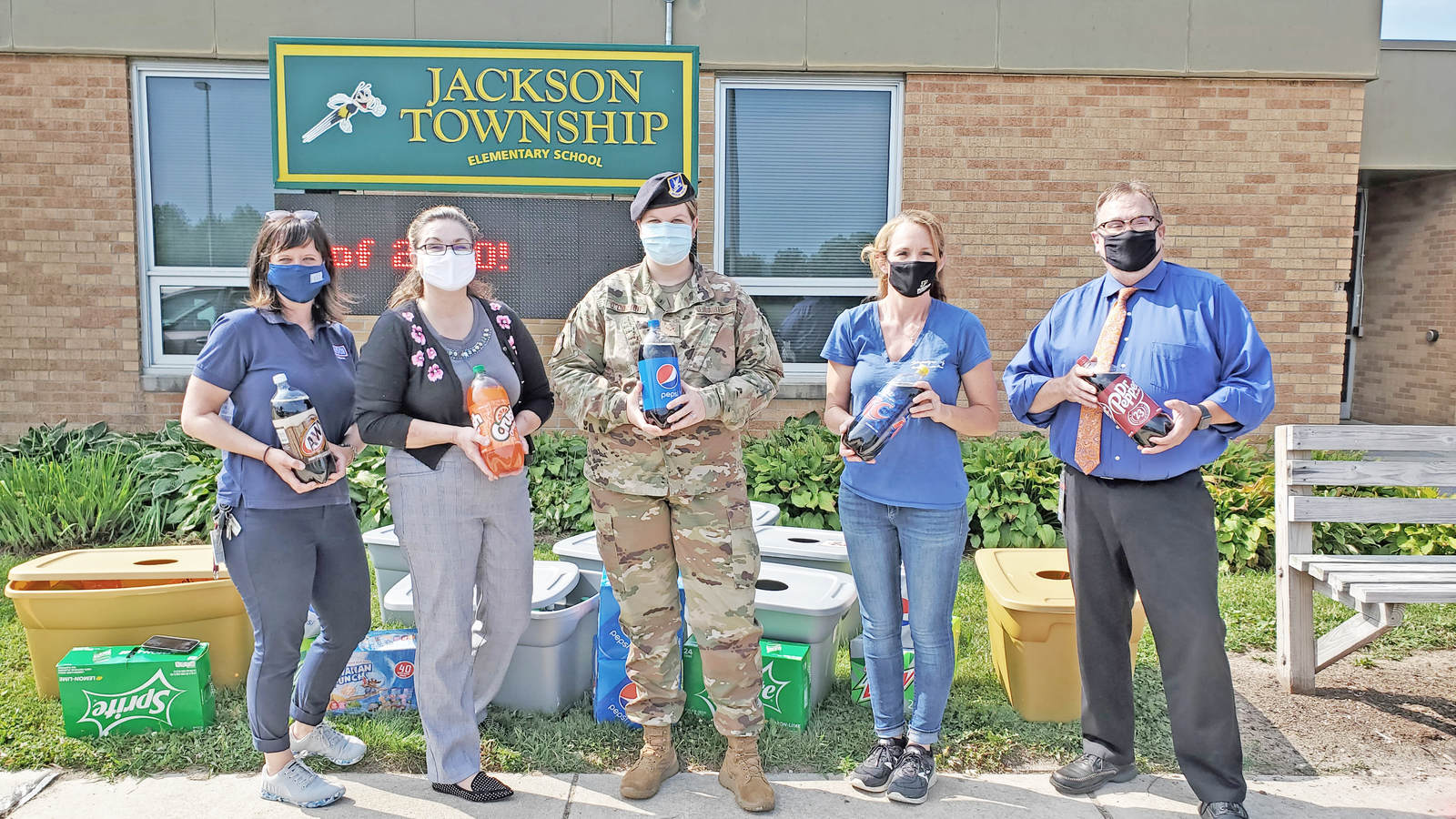 Jackson Township Elementary School in Brazil, IN (“JTE”) recently donated snacks and other goodies to the USO for distribution to Hoosier troops throughout the state at USO hospitality centers. JTE had purchased the snacks in preparation for a carnival that was cancelled due to COVID concerns. The USO’s mission is to keep America’s service members connected to family, home and country. “The USO relies on organizations and individuals throughout Indiana to fulfill its mission, and we are thrilled with the generosity of JTE,” said Steve Runyan, USO Indiana Board Chairman. Amanda Walters, USO Indiana’s Center Operations & Program Manager, was on hand to receive the donation. “We’re so grateful and the troops are going to be over the moon.” Walters said. Thank you for being the Force Behind the Forces.