WaterFurnace Golf Outing for the USO of Indiana

By Carl Huber, Immediate Past President, USO of Indiana 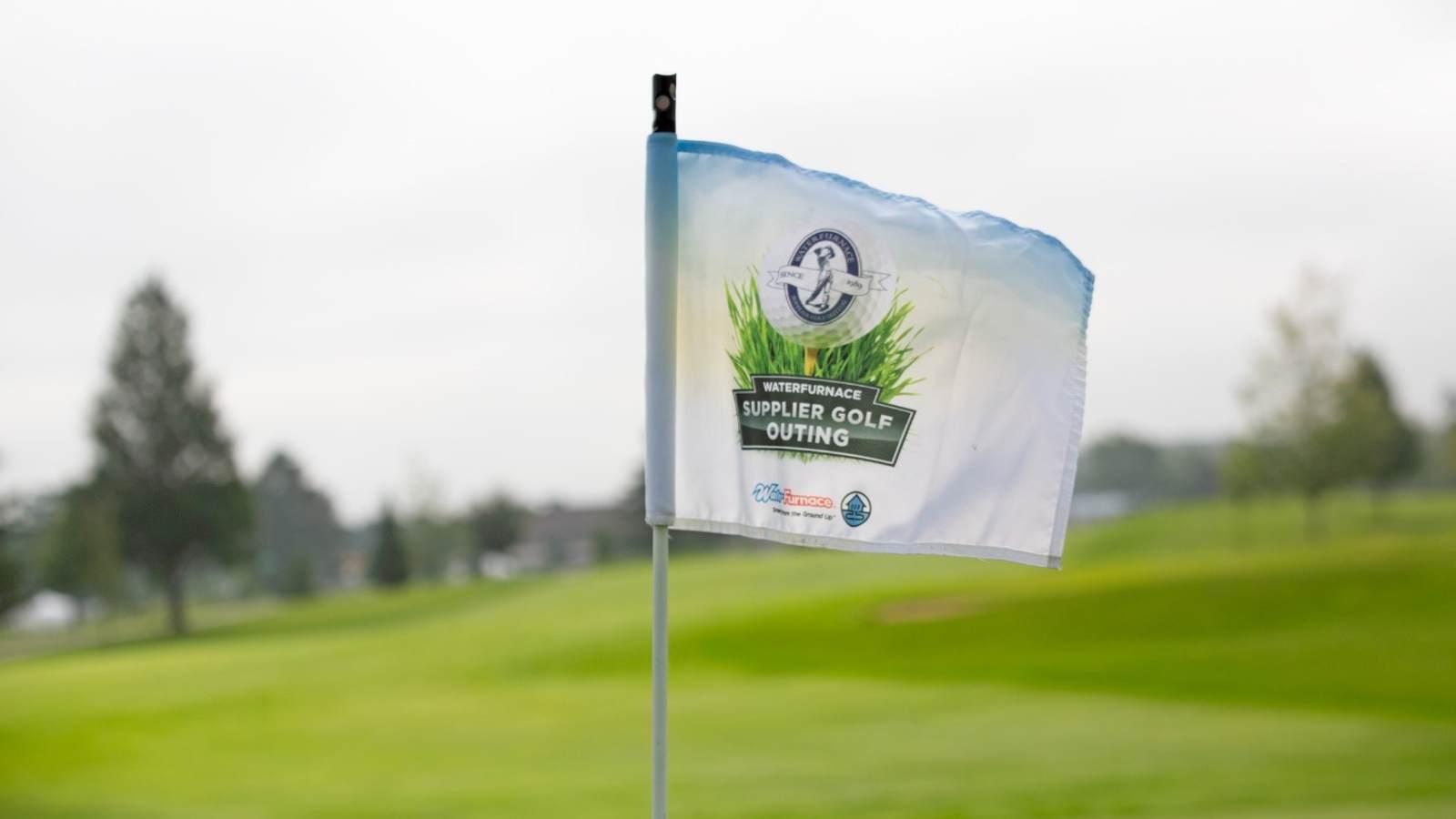 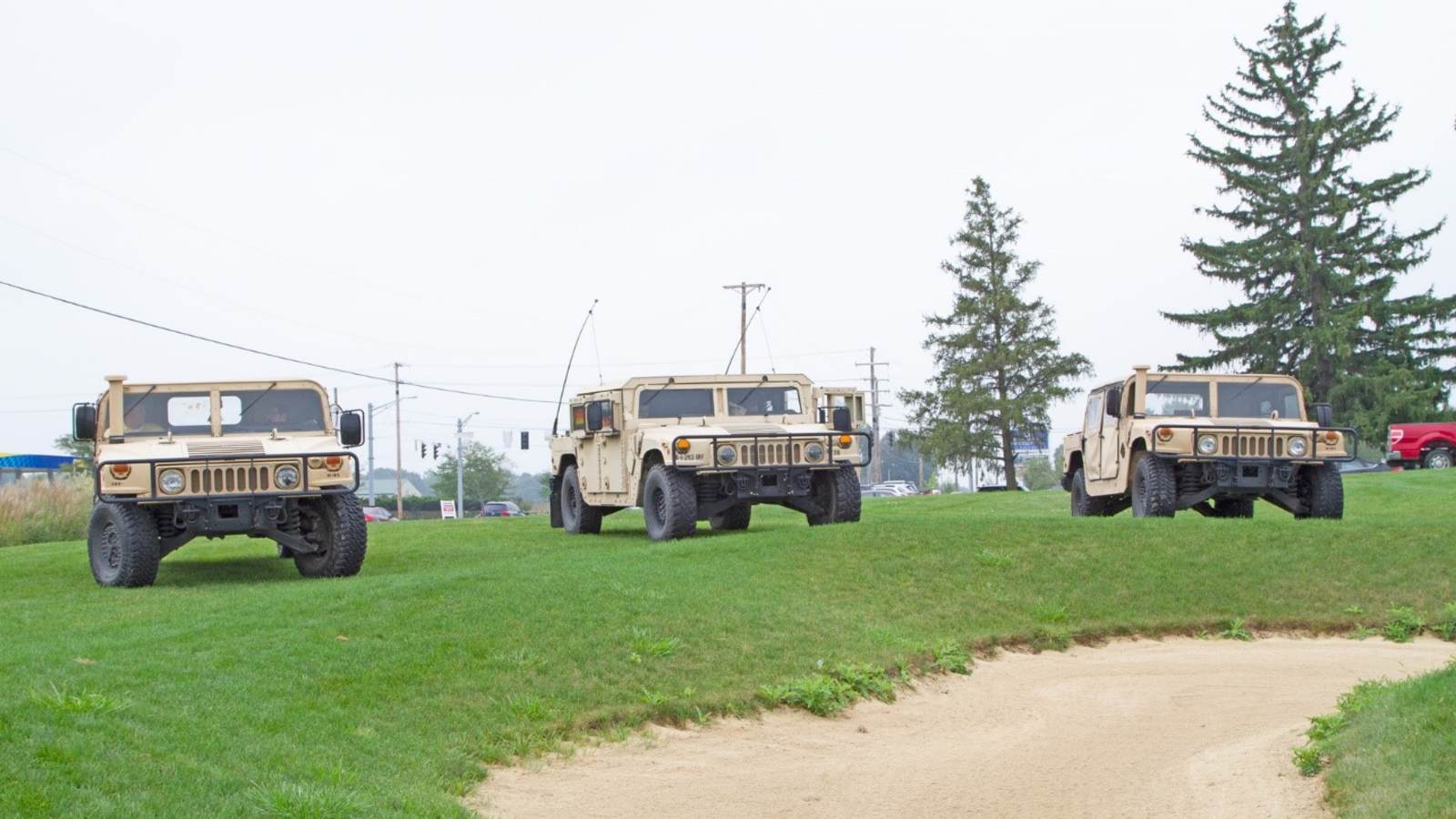 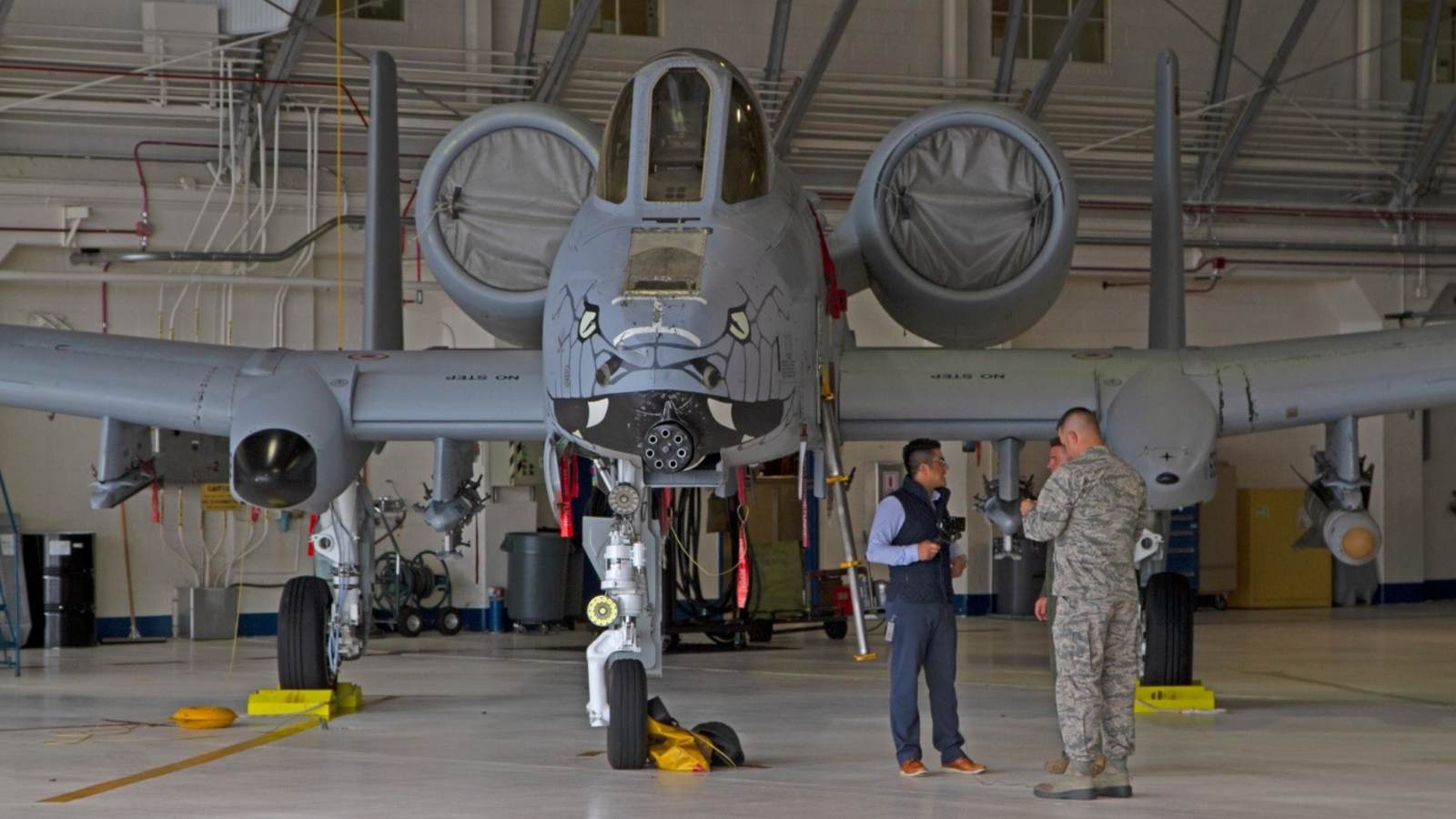 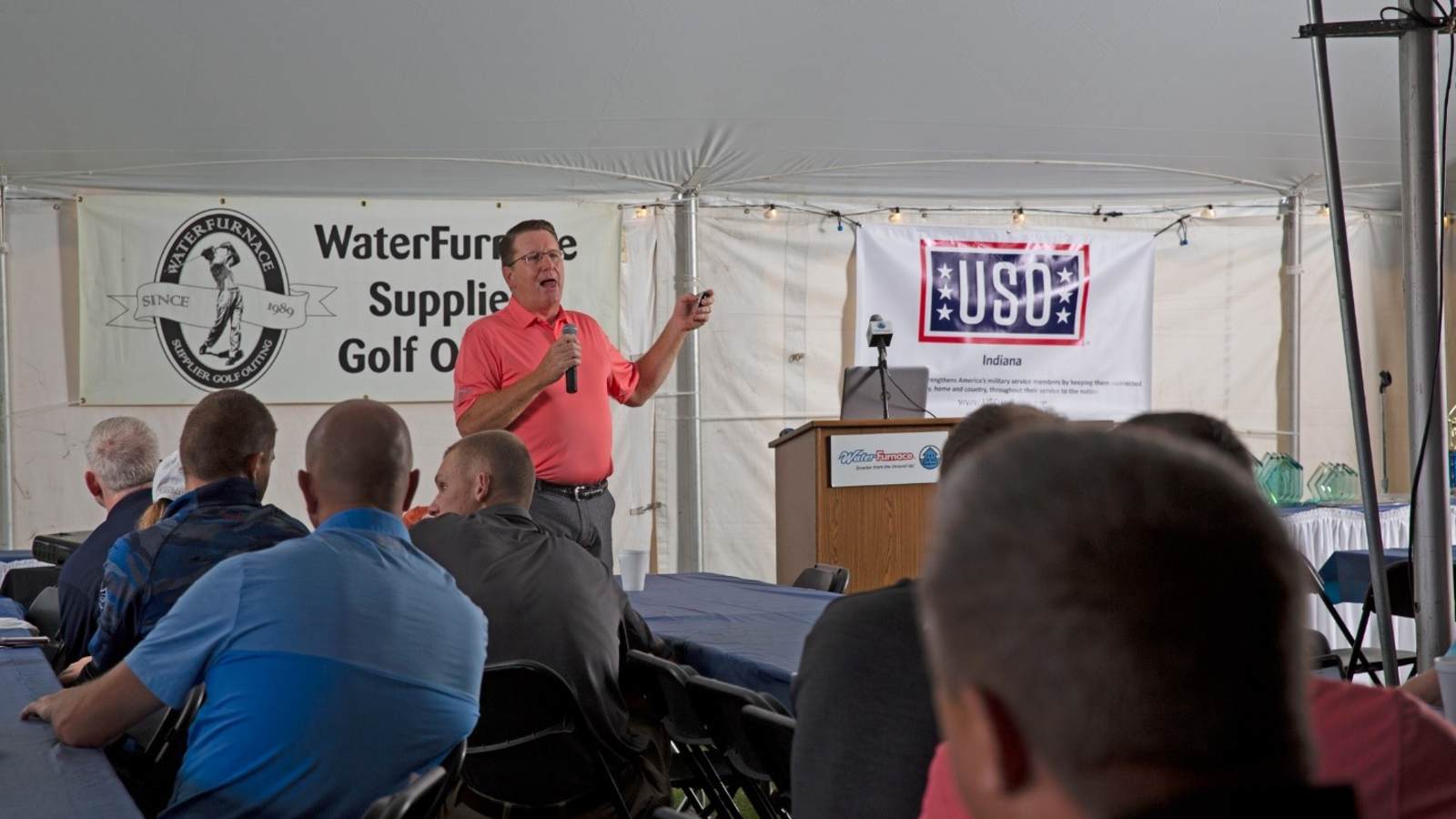 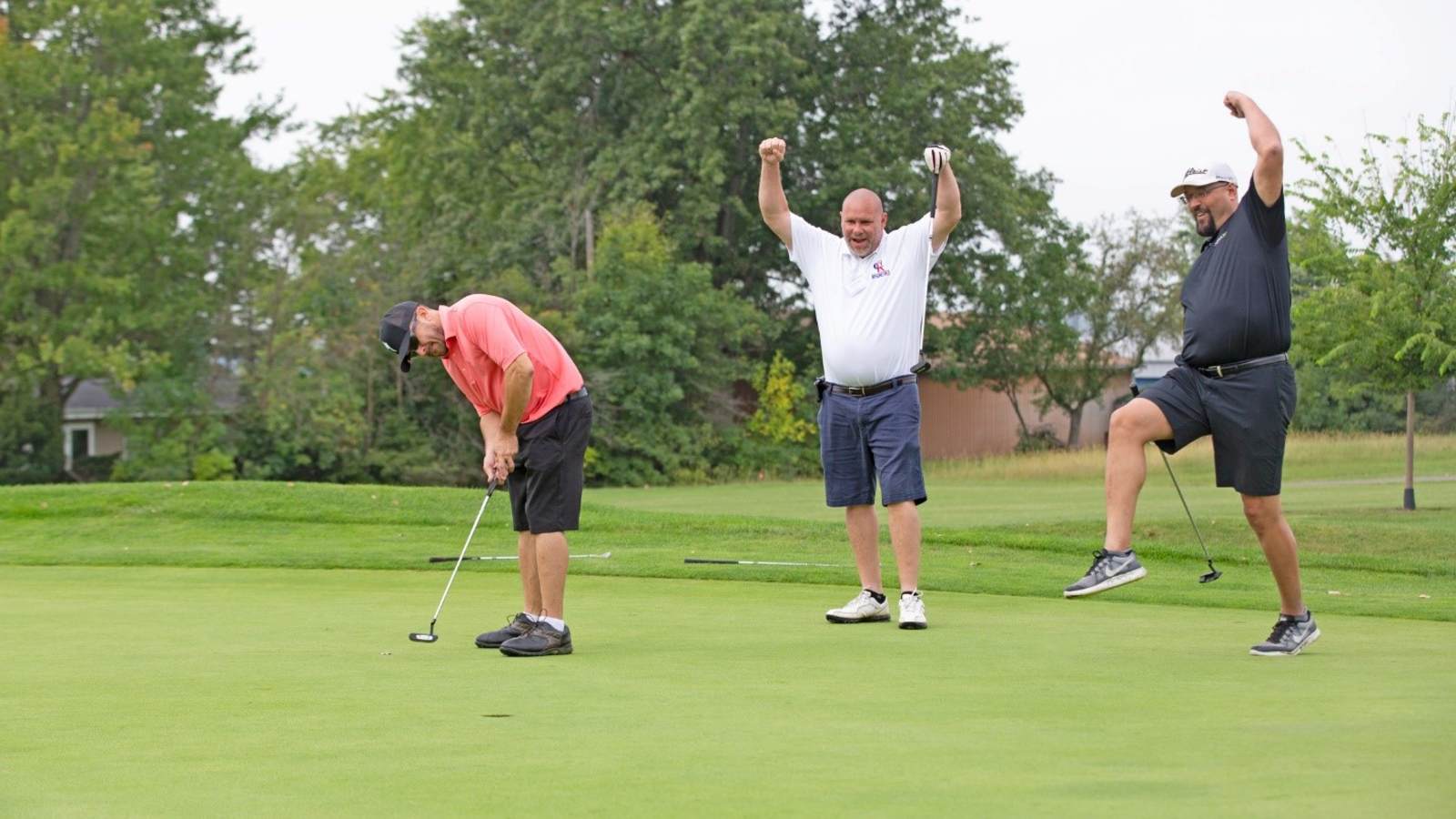 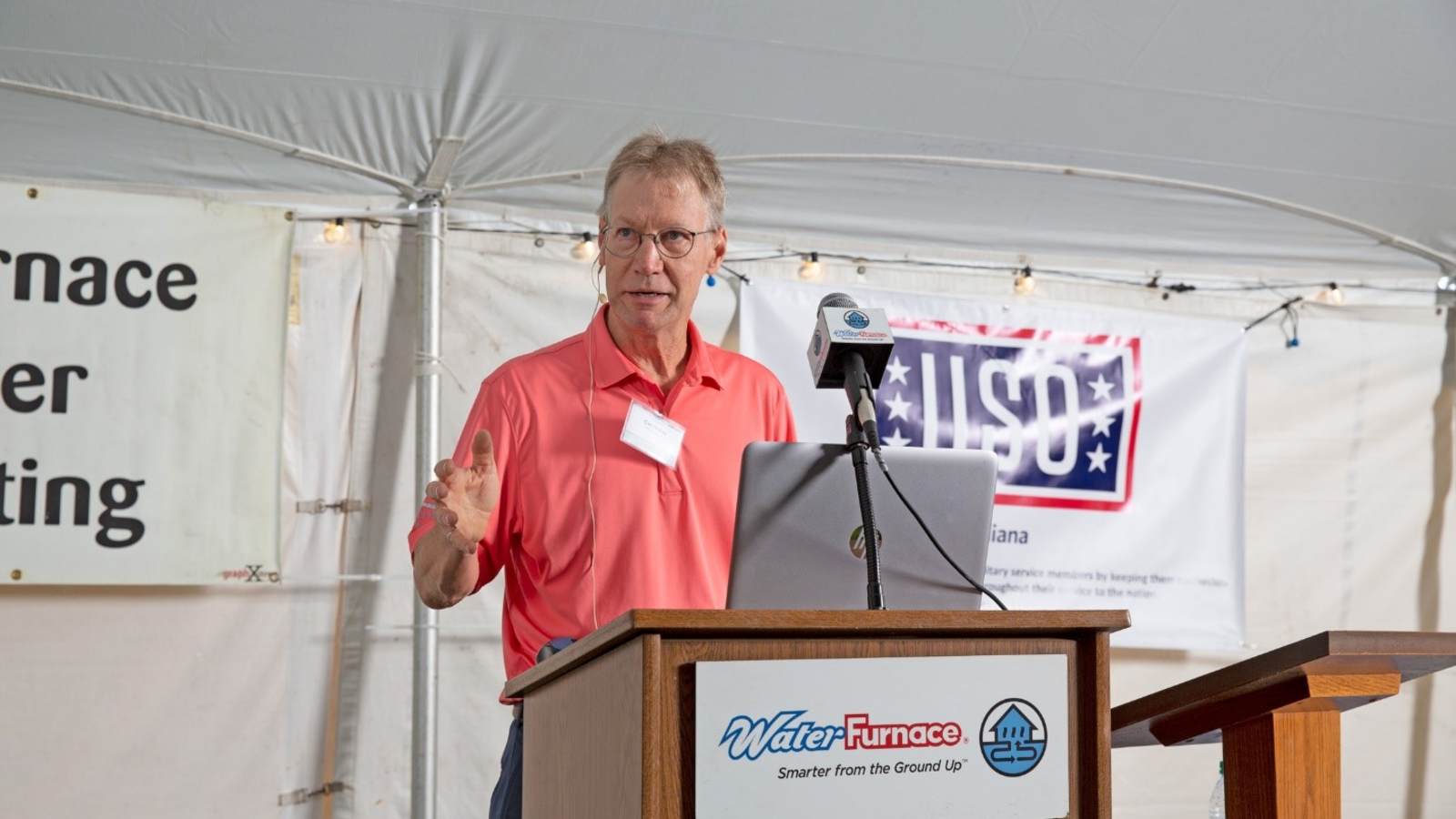 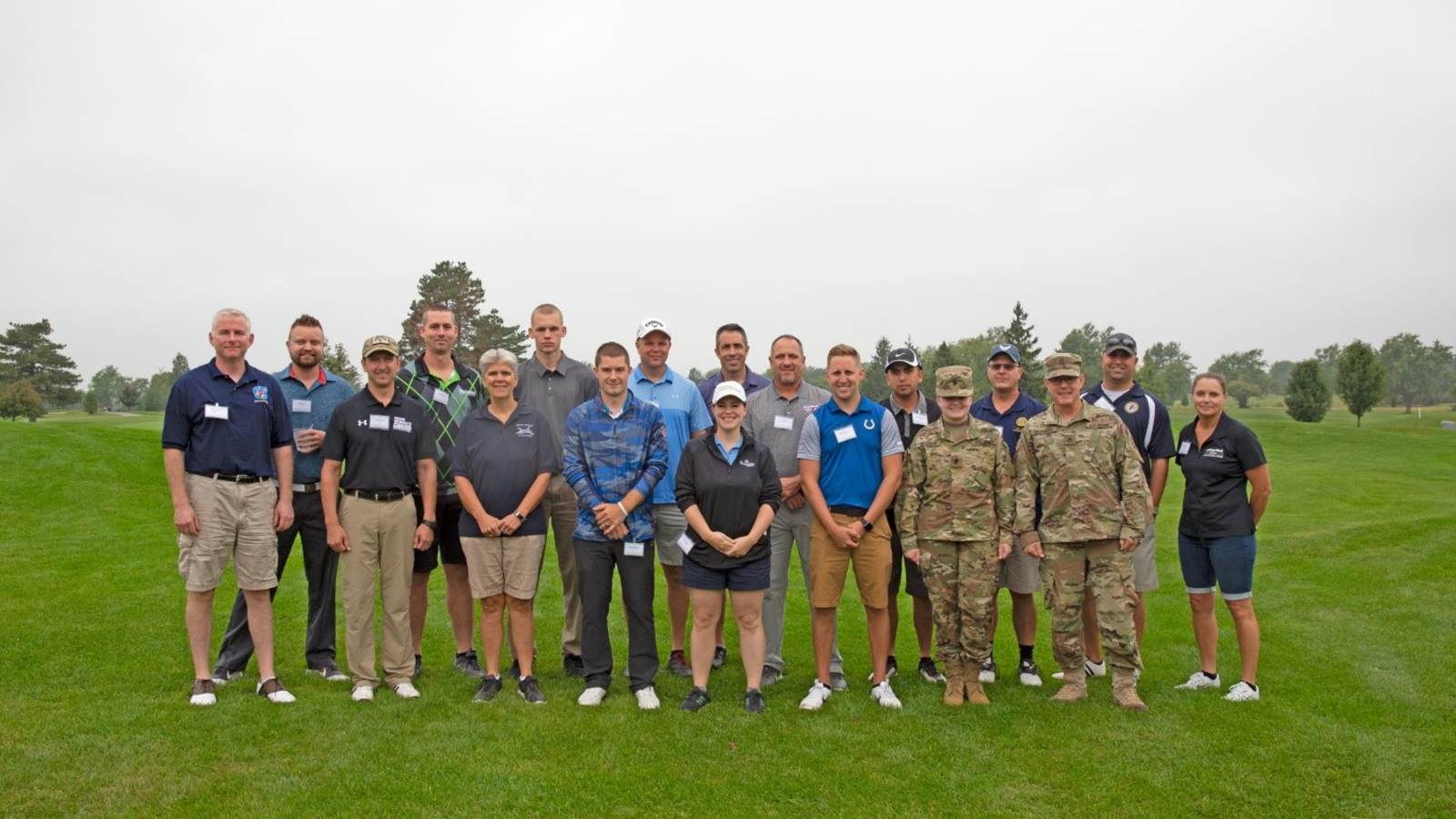 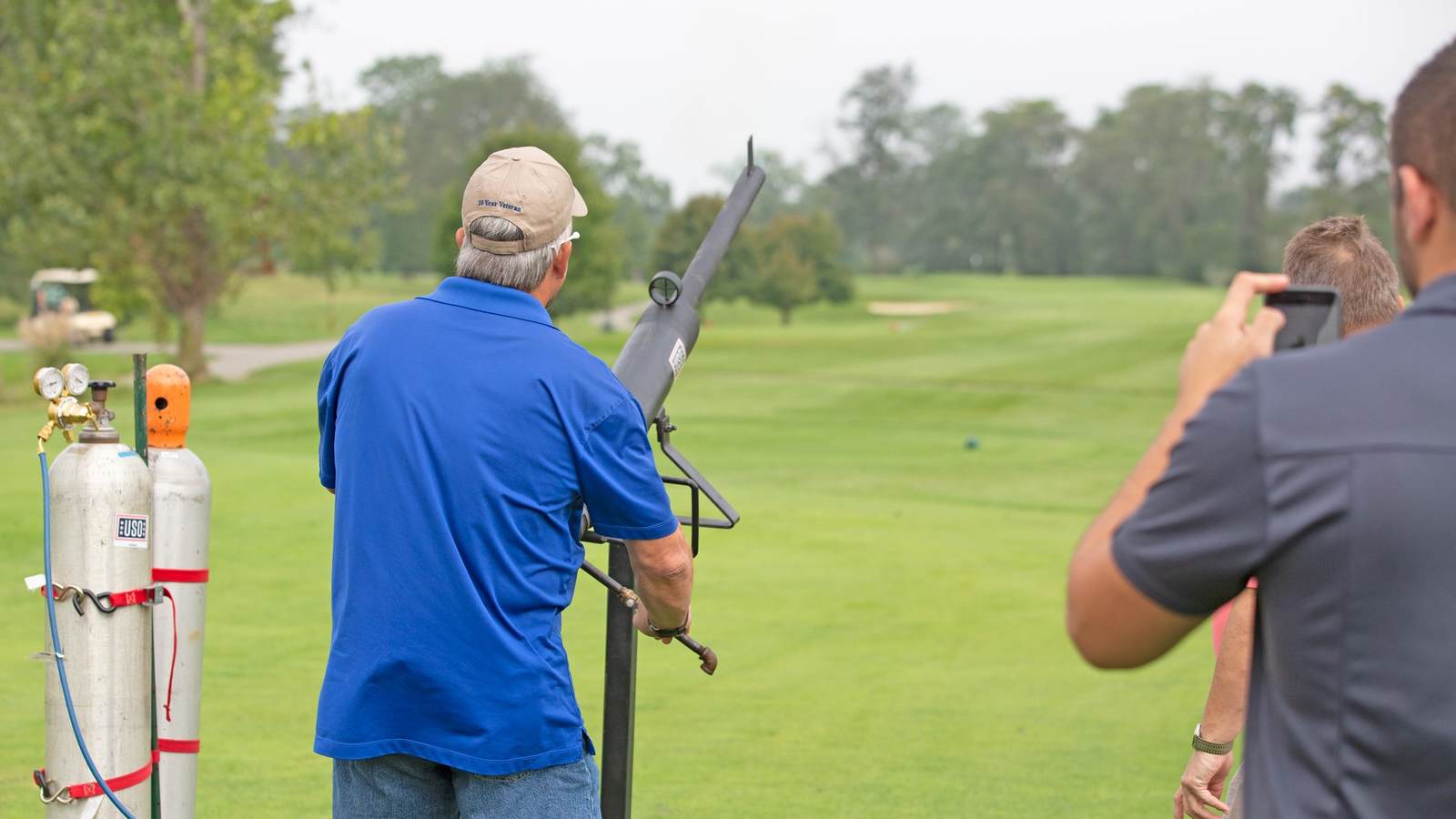 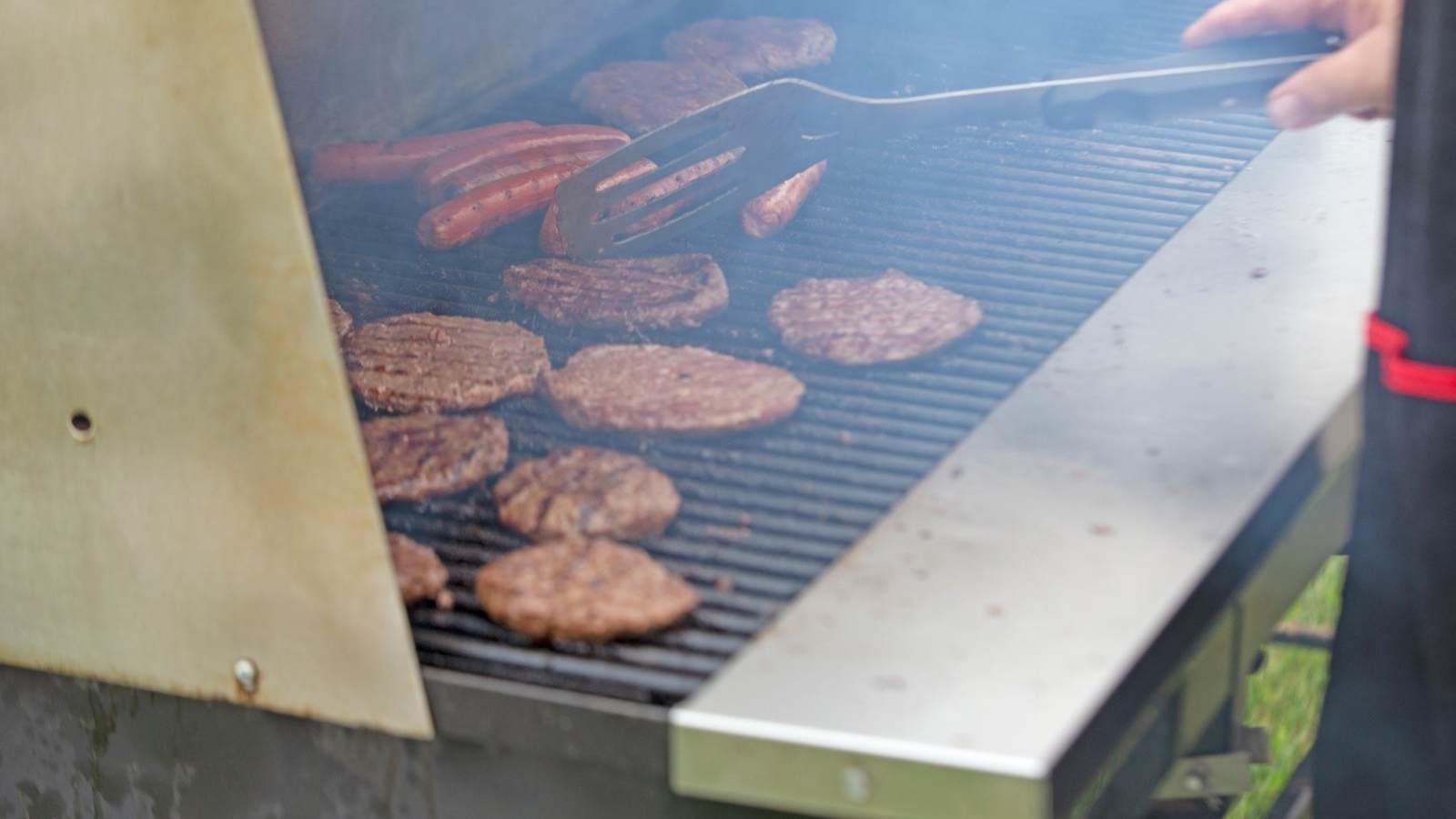 WaterFurnace held its 30th Annual Supplier Golf Outing over September 12th & 13th at Brookwood Golf Club in Ft. Wayne. It was a beautiful day as well as a record year for the event; with 47 scramble teams representing 81 companies in attendance over the 2 days. The outing started Wednesday with opportunities for suppliers to spend time at a shooting range in Roanoke, IN or take a Base Tour of the 122nd Fighter Wing in Fort Wayne, followed by a reception in the evening at Brookwood GC accompanied by golf contests for longest drive, closet to the pin and sand trap. On Thursday, the day started with a “State of Company Overview” by John Thomas and then the golfers followed a unique golf format the rest of day, which encompassed playing 18 regular holes while venturing through 9 holes of the Par-3 Course in the middle of the round. This year the weather was not only excellent, (unencumbered by any effects of Hurricane Florence) but we were also honored to have a record number guests from the 122nd ANG ready to play golf! Many of the 122nd had been deployed in the Middle East for a major part of of 2018 and this was our way of saying thank you!

Highlights of the day included not only the camaraderie and laughs at errant shots, but armored vehicles from the AM General and 38th Infantry, a silent auction with signed Nick Saban, Joe Namath and Bear Bryant photos, grilled hot dogs, burgers and quail, a ball launcher putting balls on the green from 344 yards out and a up close look at A10’s flying over.

This was the 11th consecutive year of WaterFurnace using this event to raise money for the USO of Indiana. Our support over the years has enabled USO programs like “United through Reading and Read 2 Connect” to move to the top spot of all USO North America Centers in participation. It has as kept Camp Atterbury fully supported for the high level of global training going at this specialized facility in southern Indiana.

The teamwork and cooperation of our sponsors, suppliers, employees and our invited guests made it a very memorable day.